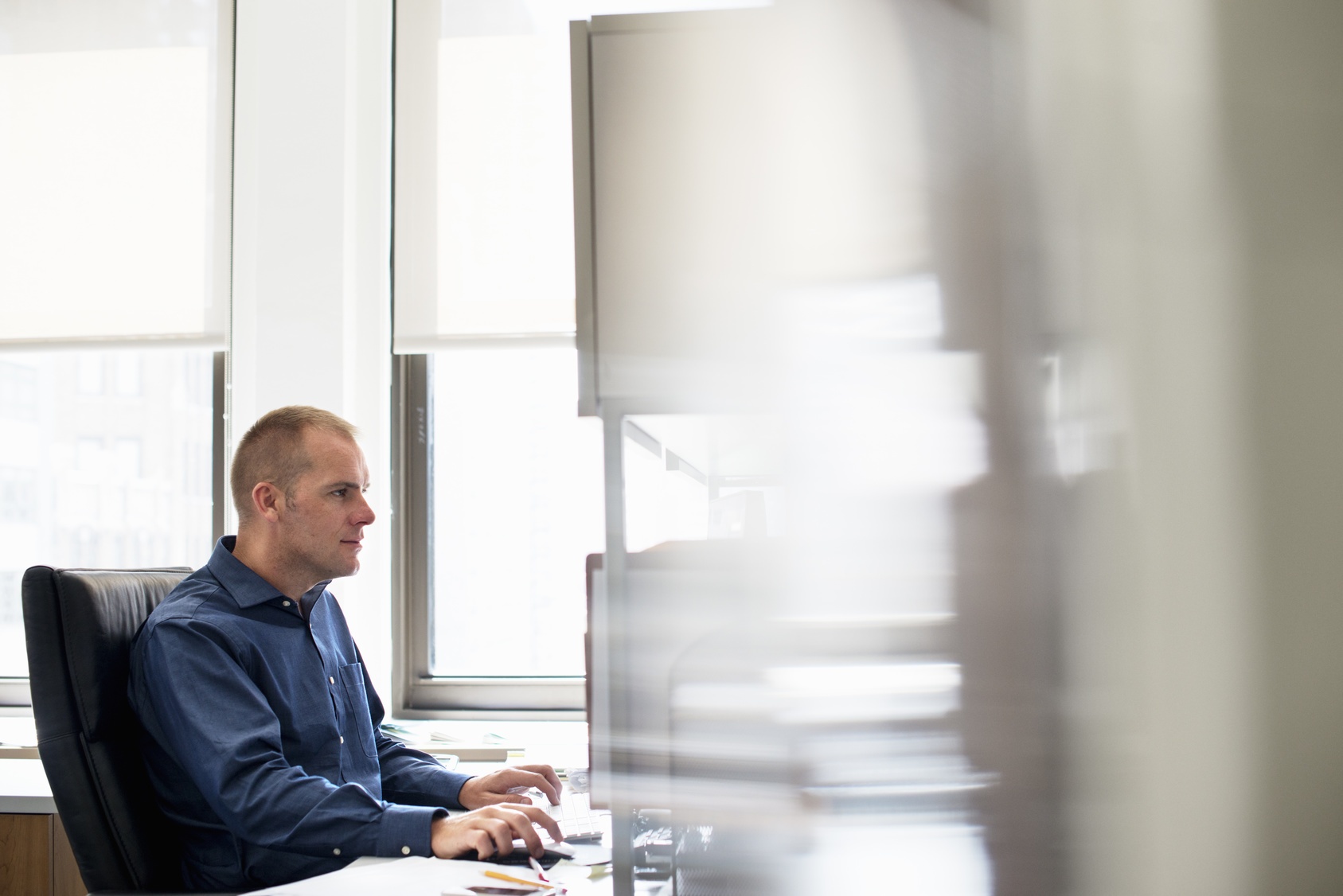 Voogd & Voogd serves as the back-office to the Dutch insurance industry. They provide services that work as the link between consumers and major insurers. The company were looking for a tool to automate the extensive testing of their business applications, and they found the perfect match.

“We are building the insurance software of the future,” said Maarten Hersbach, Test Engineer at the Voogd & Voogd’s Innovation Lab.

At the Innovation Lab, they are developing software for an increasingly digital industry with the aim of reducing costs and increasing efficiency in the insurance process. For consumers, the entire process of researching and purchasing insurance policies are to an increasing extent taking place online and as such, online sales of polices is growing rapidly. It is this process that Voogd & Voogd aim to support.

One of their products is a web-based catalog of policies from all major insurers in the Netherlands. This is for the small and medium-sized brokers to consult when looking for the best policy offers for their clients.

Approximately 1,700 insurance companies use this application, each of which has between 5 and 20 employees, meaning that at least 10,000 users rely on this application in their daily work.

The business-critical web application was replacing a tool that has lived in the company for 15 years. Making sure that this new product worked as intended was previously a manual task for the Innovation Lab’s software testers.

For each version release, the team had to work their way through a long checklist of functional flows to be tested. The checklist was created by Hersbach and consisted of 115 tests based on the acceptance criteria used in development sprints.

A complete execution of the test cases, when done manually, would take the team four hours for each web browser the application was tested in. As a minimum, the application had to be tested in two browsers, which meant that for testing a single release, 8 hours, or a full day of work, were required – and that was only for covering the most essential functionalities. Manual testing did not allow for more advanced testing techniques such as combination coverage, field validation, and boundary testing.

As the application grew, so did the amount of regression testing needed.

“Testing simply took too much time, and in the end, it affected the product,” Hersbach said. “After six hours of repetitive work, you simply cannot guarantee quality.”

In some instances, a recent release would break an existing feature in the product, and in the worst cases, the team were not aware of the bug before customers notified them about it.

When manual testing was no longer feasible, Hersbach began looking into test automation. To find the right tool for the challenge, he explored and tried out eight different tools for automated testing. As a tester with no affinity for coding, Hersbach was specifically looking for a tool that would let testers implement automation, regardless of level of programming skills. Furthermore, the test automation tool had to be able to handle the wide range of coding languages that made up the software under test (Javascript, Typescript, Angular, Angular.JS, Node.js, HTML, and CSS) – again, without requiring that testers had in-depth knowledge about these languages.

One of the main criteria for Hersbach in the evaluation of test automation tools was their level of immediate intuitiveness.

“It took me just half an hour with some of the tools to realize ‘Nope, this is not the one’,” Hersbach said.

“I’m not a programmer, and most automation tools require you to code."

In the end, LEAPWORK was the only product that came with both user-friendliness and the required capabilities.

To find the right test automation solution, the testing team at Voogd & Vood had a list of capability requirements to a potential tool:

The testing team at Voogd & Voogd’s software branch used the LEAPWORK Automation Platform for automating their functional UI testing. The tool made test automation very approachable to the testers: From designing test flows by connecting and configuring building blocks to re-using parts of a flow as custom blocks.

The long list of 115 tests that the team previously had to go through manually is now completely automated. These tests are now covered by 50 automation cases built with LEAPWORK. This includes both critical and complex flows like creating a new customer in the system, adding an insurance policy to that customer, and then activating the policy.

“LEAPWORK was the only tool that met all of our requirements,” Hersbach said. “It took me five minutes to build my very first automated test case, and that’s a case I’m still using to this day.”

Compared to spending a full day for a single execution of all test cases, running the tests with the LEAPWORK Automation Platform takes just 20 minutes – and that includes running them in multiple browsers. Time needed for maintenance of the flows are kept to just a few hours per week.

Perhaps more importantly, the company are experiencing a direct impact on customer satisfaction. Previously, when the workload of regression testing mounted to more than what was manageable, things would sometimes fall through the cracks, and bugs would find their way into the final product. Now, that the regression testing is fully automated, the quality assurance of the product has significantly improved. The team now has time to add additional cases to their testing for better coverage, and they are spending less time on bugs which is being reported to management.

“Previously, we would sometimes receive complaints from customers because a new release had broken some existing feature,” Hersbach said.

Using the LEAPWORK Automation Platform, the automated regression testing is now an integrated part of the software branch’s continuous delivery pipeline, and the most critical test flows are scheduled to run every 24 hours.

“I’m no longer held back by regression testing, and I can focus on building new flows and testing more new functionalities,” he said.

Testing the web-based back-office application is not the only part of the Voogd & Voogd business that has been automated. In a different software branch at the company, some of Hersbach’s colleagues have used LEAPWORK for desktop automation. Specifically, they have built automation flows for looking up, editing, and maintaining insurance policies in a desktop application.

The Innovation Lab team has also developed a consumer-facing mobile application, and Hersbach is looking forward to taking advantage of LEAPWORK’s mobile app capabilities for automating these testing requirements as well.

“For us, LEAPWORK is the number one choice for automated UI testing,” Hersbach said.

If you want to learn how to build robust and scalable test automation with LEAPWORK, join our webinar to see a live demonstration of no-code automation:

“For us, LEAPWORK is the number one choice for automated UI testing.”