How to use impersonation in automated testing of ServiceNow

Security configurations in ServiceNow cause QA teams a lot of headaches every time new system versions are released. One way to thoroughly test these configurations is to use impersonation as part of the test automation.

An efficient way of testing security configurations is to rely on user impersonation as part of your test automation. This is best done by using a reusable component, or sub-flow, across test cases.

At LEAPWORK, we've made a bunch of pre-made, out-of-the-box samples, or sub-flows, specifically for ServiceNow automation.

The samples include a sub-flow for impersonating users in ServiceNow, called "SNC Impersonate".

This way, a single automation flow can be used to both take care of the functional testing of a process and to verify the security configuration of that process. 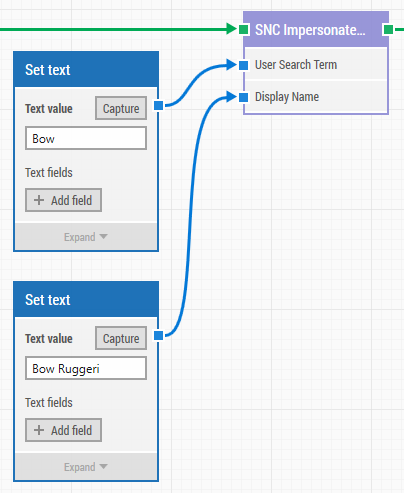 The SNC Impersonate component is typically used after a login and other processes have been executed. For example, whenever a change request has been submitted, the approval of this request can be tested by impersonating as a user with the right privileges. In this case, the Impersonate component is then used to automate the switch between the "requester" role and the "approver" role. Again, the same automation flow takes care of testing both functionality and security configurations.

Another scenario could be to impersonate as a user that shouldn't have access to view a Change Request and then verify that this is the case.

As demonstrated in the video tutorial, to execute a user impersonation with the LEAPWORK Impersonate component, you simply search for the user you want to impersonate and then specify the display name to use in verifying that the impersonation was successful.

Everything you need for ServiceNow automation

How to automate forms in ServiceNow

Working with ServiceNow is all about filling in forms and moving data across various states. Automating processes that i...

How to automate clicking menu in ServiceNow

Clicking items in the main menu is an essential action in ServiceNow tests and processes. Learn how to automate that pro...

How to automate ServiceNow login

Executing tests and processes in ServiceNow requires the same actions to be repeated again and again, for example loggin...