So what works for you might not work for someone else.

What it really comes down to is “What is the right automation testing tool for your situation?”

But it won’t guarantee the success of your testing.

The promise of faster and more cost-effective testing is alluring, but without addressing the underlying problems of a test setup, your automation can likely fail.

Often, QA teams aren't given a choice when choosing tooling, and they will be forced to use an existing (sometimes in-house) framework, or they'll be forced to go with the same language as the rest of a tech stack.

So what can guarantee the success of your test automation project?

There is no one answer.

However, if your testing strategy is well planned, your tool is tailored to your situation, and your automation is well maintained, you’re off to a good start. This means involving the QA team in the decision-making process when finding the right tooling, and finding a tool that matches the skillsets of the people testing the system.

(We’ve written extensively about how not to get caught up in the maintenance burden here.)

Let’s dive a bit more into what to take into consideration below:

Over the last five years, we’ve had hundreds of conversations with testers, developers, and quality assurance managers. These conversations have revealed common threads on what makes a test automation project successful.

We’ve seen teams try out several tools, from Selenium code requiring too much effort to maintain for testers, to manual testing where it becomes impossible to keep up with a regression suite.

In this article, we shed light on the basic factors to consider before investing in a test automation tool, regardless of your requirements.

The business has made the executive decision to invest in automation. And they expect that now they have automation, it will succeed.

Whatever challenges they had will be solved. Testing will be faster; you’ll be able to automate your entire regression suite.

But the reality isn’t quite the same.

What businesses tend not to factor in when choosing automation tools is the strategy behind it, the training, and the maintenance required for such a tool to succeed. It becomes an afterthought.

If you go straight to the purchase of a tool, you’ve missed an entire phase in planning where expectations with the business are set.

2. Defining a strategy and execution plan

If you’ve worked with automation before, take the time to digest what went wrong the first time around.

Was it because of a limitation in time that prevented proper planning?

Was it because the tool took too long to learn?

Was it because you didn’t have the resources available?

Once you have that information, you’ll have the guiding principle on what to do in the next round.

And, you’ll have a much better case when pitching to higher-ups.

Preparation doesn’t have to take forever. And you’ll be more likely to succeed later.

The alternative is pressuring yourself to rush in choosing a tool, failing, and having to start again.

Maybe you’ll have a few hiccups along the way, but that’s okay. You certainly won’t be the first or last person to find a tool that didn’t work out for you the first time around.

So what does it actually take to define a strategy and execution plan?

In this checklist, you can find extensive information on building a successful test automation strategy in 11 steps.

3. Find a tool that QA managers can adopt

Resource availability remains one of the biggest blockers to a successful test automation strategy.

We see a trend towards wanting QA engineers who have developer-type skills, who yet retain their quality mindset and business-cum-user centricity. Is this expecting too much? Yes, we think so. Only a few QA professionals can have all these skills in their repertoire. Capgemini World Quality Report 2020-21

As the QA role in development continues to evolve - with functions merging and testing becoming a part of the development process - the profile of a tester is evolving.

They are expected to have skills in their industry, with strong domain knowledge.

And they are expected to excel in developing automation scripts.

For any QA team, you’ll know how difficult it is to find this profile.

Developer resources are scarce, and most tools available today are based on writing and maintaining a ton of code. Automated tests become unusable to those who need it – product owners, test managers, ITOps, and business analysts.

So what does this mean for testers?

The skills required to orchestrate the quality desired in test automation are difficult to come by with the current tools used.

How can you support testers?

Tools that are easier to maintain with reusable components and methods to quickly identify if tests have passed and failed are especially useful to traditional testers, who are business experts rather than technical experts.

So ask yourself, before choosing a tool:

If you’ve answered no to the above questions, it may be time to consider an alternative testing tool that doesn’t require coding.

4. Plan to scale automation beyond one project

Code-based automation for testing is time-consuming to maintain and build, and it is dependent on development resources which makes scaling difficult.

For one, most teams don’t have enough development resources available to maintain automation. If developers are available, the time it takes to build automation can often outweigh the benefits of automation in the first place. The fact is, scripted-based testing can take too much time to build and maintain.

The more complicated your automation is to use, the higher the test maintenance, the longer it will take to execute scripts, the lower the coverage of your tests, and the longer your development cycle will become.

When you are considering how to scale your automation, whatever the environment, your automation will only be as good as the people using it – the testers.

Selenium is often the first choice for those starting with automation because it is free and it has a well-established community. However, it takes a lot of maintenance. 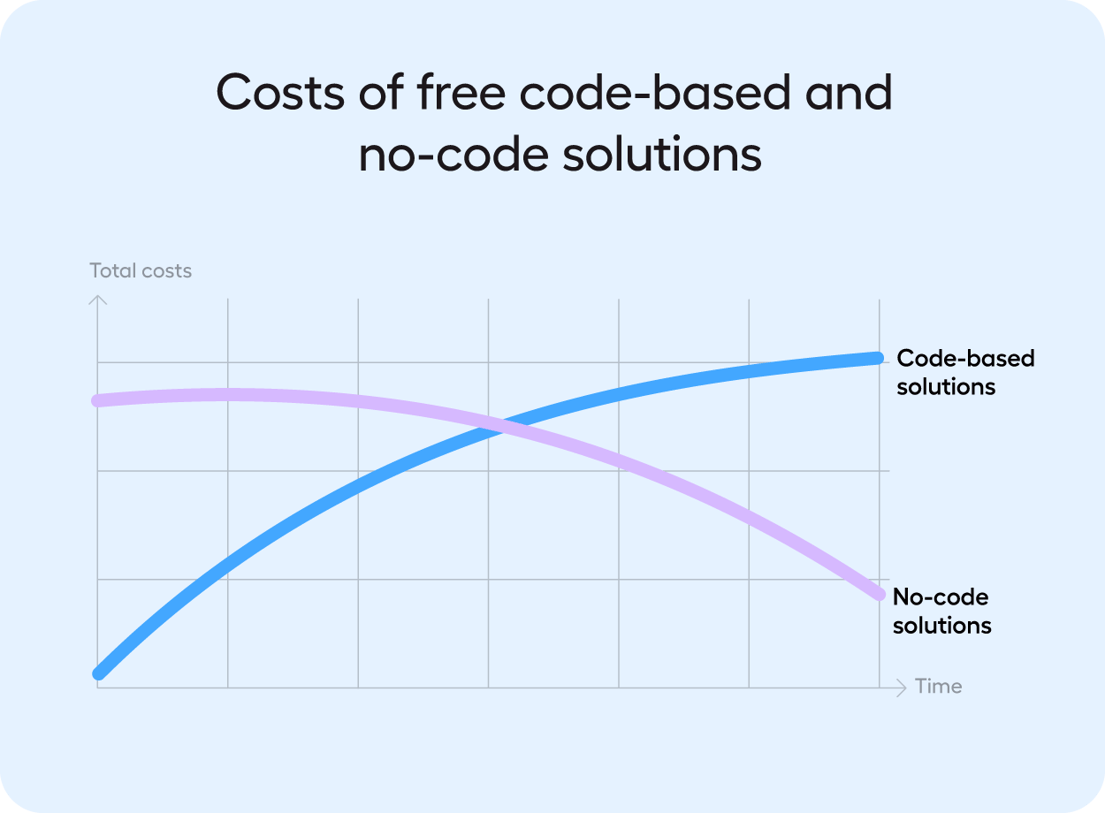 By using codeless Selenium, the complexity of scripted tests is hidden under the hood with a visual language interface.

Learn more about building scalable and maintainable automation in this guide

Taking code out of the equation when automating means developers use their skills and time developing new features, and testers can focus on finding the bugs outside of their mapped route with exploratory testing.

Removing this additional burden allowed companies like Telrock (a global debt management platform) to automate 90% of their test cases for legacy products with the first test case build taking only five days.

With the help of no-code, Telrock could scale automation beyond a limited selection of tests, and continue to improve the quality of their system in the process.

Learn more about Telrock’s story on building quality software with the help of no-code testing, or access our introduction to no-code test automation and learn how to improve teamwork, productivity, and drive value to the business through quality management.

While 2023 sees an emphasis on digital immunity and resilience in the context of an upcoming recession, the expectation ...