Amp Up Your Business with Smarter Automation

At companies all over, the ever-growing pile of repetitive tasks saps employee motivation and slows down teams and entire departments. With the Leapwork 2019.1(460) release, we are delivering on our promise to be the most productive and easy to use enterprise platform for test automation and RPA. In short, 2019.1 lets all users automate more with less work.

2019.1 is all about productivity and enterprise scalability

We have taken a big step forward on productivity with a unique and innovative Smart Recorder and with the new Active Directory support. Now, it’s much easier to scale Leapwork across departments and thousands of users. On top of these major features, we are releasing several usability and robustness improvements in the Scheduler–as well as new building blocks and extended automation capabilities for Java desktop applications, SAP, Microsoft Dynamics 365, and more.

Below you can dive into the new features. If you'd like to know more and see the features in action, contact us!

Automate processes on the go: meet the Smart Recorder

It’s time to forget everything about flaky record-and-playback tools for automation. The Leapwork Smart Recorder is an innovative and elegant way to design automation flows and sub-flows. And it’s one of the things we’ve been looking most forward to as part of the 2019.1 release. Now it’s in your hands. If you’re an advanced user, it will help you to significantly increase productivity. If you’re a new user, it will help you get comfortable with the building blocks that are the core of Leapwork.

With the Smart Recorder, you build flows one robust step at a time by clicking on user interface elements, selecting an action from a smart suggestion list and entering the data needed–after which the action is immediately performed. When you've recorded the desired number of steps, the Smart Recorder will then construct the flow with the right building blocks for you.

The following shows how this works on a simple login form:

What we’ve done for productivity with the Smart Recorder, we do for enterprise scalability with Active Directory. Leapwork now supports access control with Active Directory users and groups, using a single sign-on mechanism. This makes it much easier to scale Leapwork across departments and roles–and it enables you to roll out Leapwork faster across the entire organization. 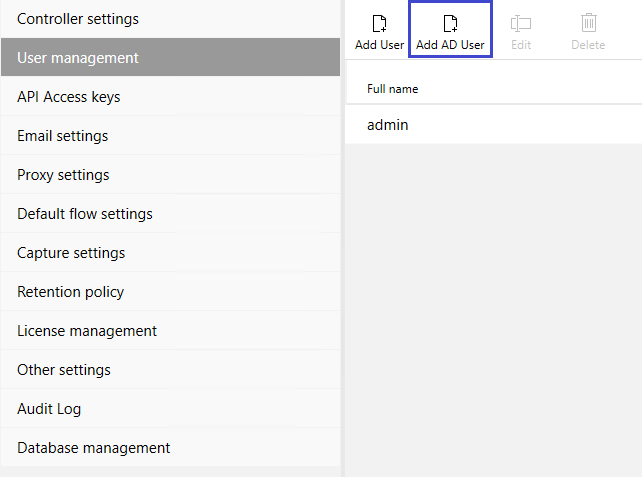 Both the Controller machine and the individual Studio users’ machines must belong to the Active Directory in order to use AD access control and single sign-on. The first time an AD user opens Studio, they can indicate that their currently logged-in user in Windows should be used in Leapwork. If the user is added directly to the User Management screen in Leapwork, or the user belongs to a group that has been added, the user is automatically logged in to Leapwork from that moment on. 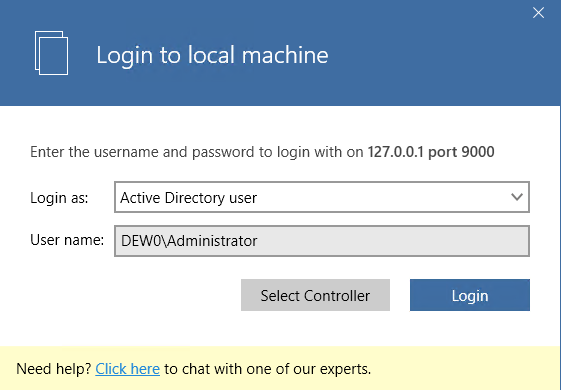 Ditch the time sink: automate more - and with fewer steps

In order to strengthen the overview of scheduled flows in Leapwork, we have added the following user interface improvements:

We have added four new building blocks for web applications in the 2019.1 release. They are:

The new building blocks make it easier to get the state of checkboxes and radio buttons in web applications–and of course, set the state as well. The following is a simple example of a flow that gets the state of a single web checkbox and then sets it to be checked if it is not set already:

With the new release, we have made it even easier to use sub-flows.

Providing values to the input parameters for a sub-flow can now be added directly on the sub-flow block, instead of having to wire it up with additional building blocks, such as Set Text. This will significantly simplify automation flows and give you a better overview. 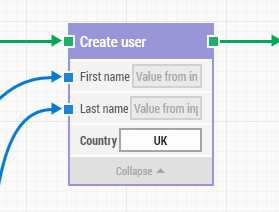 This has been one of the most highly requested features by advanced users of Leapwork over the last six months–and we are extremely happy to finally deliver it to everyone.

To better support different types of DevOps integrations, we have updated the REST API with several new endpoints and some minor expansions of existing endpoints. We expect to continue to add more endpoints and adjust existing ones in the coming releases.

In the FlowHierarchy category, we have moved the GET endpoint from import/export to be consistent, and we have added an endpoint to create folders:

We have added a new environment category and added endpoints to GET all environments as well as details for a single environment:

In the Integrations category, we have extended two endpoints to include information about environments for schedules:

Some Virtual Desktop Infrastructures (VDI) such as Citrix may only provide users with an internal display driver, which does not allow any type of desktop automation. With the 2019.1 release, Leapwork has a new, custom-built display adapter for such VDI environments, which automatically takes over as needed.

The 2019.1 release also includes several minor features and a few changes to existing features. Some of these are rolled up from the previous patch release(s).

Major releases are typically released two to three times a year. The latest major release is 2020.2.

Minor updates, bug fixes, and patches, are bundled together for release when ready.