Codeless Selenium: How to Automate with Selenium without Coding

If you’re a highly skilled programmer wanting to automate web applications, and you love to spend time on writing test scripts, Selenium is probably a good test automation tool for you.

If you don’t love writing code, but you’re tired of manual testing, and you’d like to be able to automate web applications with everything that Selenium offers, you’ve come to the right place.

You might already have a good overview of what Selenium can and cannot offer you. Especially if you’ve read our blog post on Selenium testing. If not, let’s quickly recap before digging into the possibilities with codeless Selenium.

The pros and cons of Selenium

Some of the pros of Selenium are that it’s free, open-source and supports multiple browsers, operating systems and programming languages.

Some of the cons are that it requires coding skills, it takes time to set up and maintain, and it requires third party integrations to carry out many testing processes.

If you’re reading this blog post, you probably did a search for codeless automation because, you, like almost every other tester out there, aren’t all that excited about coding. You might have some coding skills, but it’s not exactly your forte.

In many ways, test automation is a bit of a paradox: It’s supposed to relieve testers from manually executing test cases, and with that, save them time and keep them from making mistakes.

But in reality, automating has become almost synonymous with programming. This means testers end up spending more time on setting up the automation, and they risk making lots more mistakes in the process, because most of them don’t know how to automate with script in the first place.

Even if the team manages to set up the automation (perhaps the task of writing the automation script is given to a developer instead), it still takes an enormous effort to maintain the beast that an automated test suite in Selenium typically becomes.

Below are two images of test cases – one is set up with Selenium, the other with a codeless automation tool. Which one do you think is the easiest to set up and maintain? 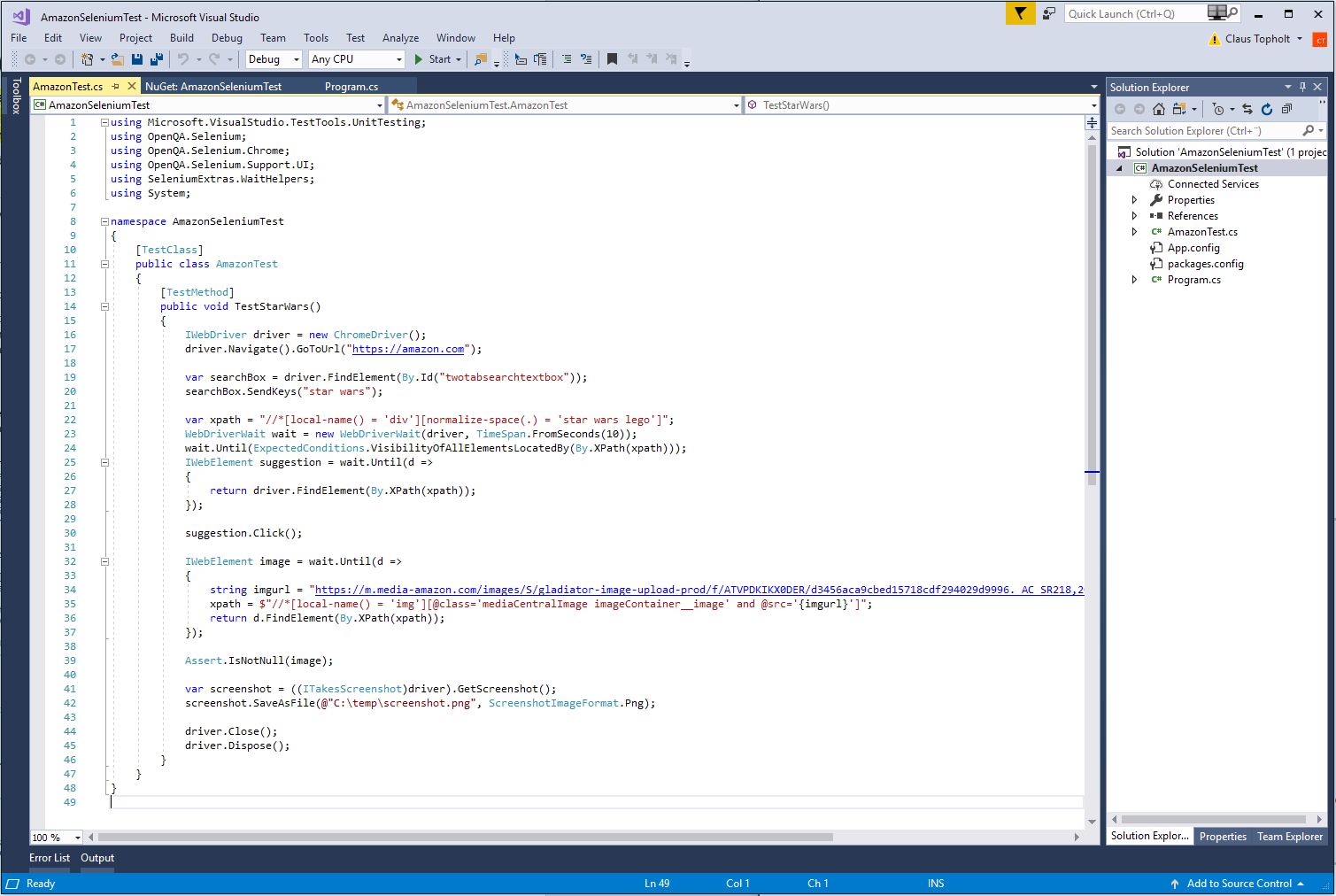 A codeless version of Selenium, like the one on the second image above, is to many testers a far more ideal user experience.

This is why codeless automation tools have grown in popularity as they relieve many headaches for software testing teams.

Learn more about codeless Selenium test automation in our webinars. Sign up here.

For example, a tester who wants to automate testing with Selenium must first learn a programming language such as Python, Java or C#.

On top of that, Selenium isn’t exactly an intuitive tool, and you can’t get any 1:1 support for it. You must either take a course in Selenium, have a go at Selenium’s user documentation, reach out to the community for answers, or take a good old-fashioned learning-by-doing approach.

In contrast, codeless test automation allows every team member, regardless of skill level, to set up and execute test cases from day one.

This can shorten the test suite setup time substantially.

Watch the video below to see how fast the user of a no-code test automation platform sets up a test case compared to a Selenium user.

For the tester, this means simplifying the testing process of creating testing scenarios by replacing written scripts with visual building blocks. For the developer, this means speeding up the entire process, and letting them focus on software development and innovation.

On top of time and skill limitations lies another problem: maintenance. For testers, this is perhaps the biggest headache of them all.

Particularly in an enterprise environment, test suites can be large and complex, making them difficult and time-consuming to maintain.

With a test automation tool that hides the code behind the scenes and only shows the most necessary actions and steps up front, the tester can much more easily keep an overview of the steps and detect if changes need to be made.

There are many benefits to adopting a test automation tool that doesn’t require any coding. Leapwork is such a tool.

This no-code platform requires zeros coding skills (you don’t even have to be able to read code, which is otherwise required in many other tools automation tools that claim to be code-free), and it’s easy to use because of its visual drag and drop interface.

This makes Leapwork a testing platform that enables fast, error-free test execution. It also enables the CI/CD-focused organization to deliver quality at speed.

To be able to understand the full benefits that Leapwork offers over Selenium, we encourage you to read our comparison of Selenium vs. Leapwork. This comparison gives insight into usability and adoption, documentation and governance, applications support, as well as test execution and integrations.

While Selenium presents an opportunity to escape lengthy manual processes and stop errors from occurring, it leads to it...