Selenium Automation: What does it require to automate with Selenium?

Are you tired of manual testing and are you considering using Selenium to accelerate your software testing? Read on to learn what it takes to automate with Selenium, and if it really is the best automation tool for you.

Testers and QA  managers use Selenium as a tool to automate the most tedious and boring testing tasks – and with good reason. Selenium is a highly popular tool that, when used correctly, can increase the accuracy and reliability of your tests.

But Selenium isn’t for everyone. The tool comes with its drawbacks, and it can turn into any tester’s nightmare if managed incorrectly.

In this blog post, we’ll help you find out if Selenium is the test automation tool for you, or if you might be better off with an alternative, code-free version.

Let’s start with the basics.

What is Selenium automation?

Selenium is a tool that will allow you to automate web applications.

If you’re currently testing an application in a browser, and you want to speed up the process, and perhaps rid yourself of a few errors, you can automate the process with Selenium.

Get whitepaper: Everything you need to find out if Selenium is the right test automation tool for you

Selenium speaks browser language, meaning it can be used to drive the browser behavior such as typing in a search bar, clicking on a button, scrolling down a page, and so on.

Selenium consists of a number of tools that do different things: Selenium IDE, Selenium WebDriver and Selenium Grid. These tools support a number of browsers, operating systems, and programming languages, so that Selenium essentially fits the needs of many software testers.

Selenium is also open-source, meaning you can download it for free, extend and modify source code as you want, and get help from the large community of users.

You can read much more about Selenium in our blog post on Selenium testing. In this blog post, we’ll focus more on what Selenium can be used for, and how it works, to help you determine if it’s a tool for you, or if you might want to look into alternative options.

Selenium was born out of a need to test software.

Over the past 20-30 years we’ve seen a massive transformation in how technology is used.

Software testing is key to enabling fast and error-free software, and thereby ensuring that businesses can deliver what end-users today expect from products and services.

The same thing goes for web applications. Today, many of the top companies in the world rely on the internet to deliver their products and services.

A few examples include Amazon, Airbnb, and Netflix. How would these businesses run if it weren’t for internet systems? And what would happen if there was a flaw in their systems? Imagine, for example, if a bug in Amazon’s pricing system occurred, offering products at a significantly lower or higher price. Sales would either drop or skyrocket with no return, and the business would suffer tremendously.

So how do these companies avoid dangerous glitches like these? They test their software to lower risk.

And how do they deliver it faster than their competitors? They automate their testing.

And why do they choose Selenium for that? Well, primarily because it’s free, it’s open-sourced, and opportunities are plenty with Selenium.

How to use Selenium

Now that we’ve covered the basic what's and whys of Selenium, let’s have a closer look at how to use it.

There are six basic steps in creating a Selenium script for testing a web application:To perform these steps is Selenium you’ll need to write test scripts in your programming language of choice.

Once the script is written, you can run it to test any web application.

What does it require to automate with Selenium?

By now, Selenium probably sounds like a great tool. But Selenium does come with a few drawbacks. If you’re a tester and you’ve actually tried Selenium, you’ll probably have noticed one of the most pressing issues: It requires coding skills.

In addition to writing scripts, you’ll need to maintain them. Again, if you’re good with code and have a highly skilled programmer with  lots of time on your hands, you might be able to find and fix any flaws in your script. But if the image below also makes you feel a bit squeamish, then Selenium might not be the perfect solution for you:

This is the kind of error message you might find in your script after it has run for a few weeks.

3. Integration with the rest of the pipeline

Aside from setting up and maintaining the script, you’ll also need to make sure that your code ‘speaks’ with the rest of the release pipeline. This means that you as a tester will need to know the code versioning used in your Git repository.

To set up your test environment is, in and of itself, a complex task. Setting up parallel test environments and performing cross-browser testing is possible with Selenium but can take several months even for a skilled programmer.

5. Integration of other software to enable reporting

Selenium isn’t exactly an all-in-one solution. To create reporting and monitoring, you’ll have to either build your own system with script or integrate another software.

Selenium requires lots of skills, time and resources to be a success. In inexperienced hands, it can become an unmanageable mess.

It’s important to emphasize again that Selenium only supports web automation, and it cannot automate anything that goes on outside the browser. Not even something attached to the browser, such as switching an extension on and off.

So if you're trying to automate desktop applications too, it won't work.

It also doesn’t support data-driven testing, meaning that it requires sophisticated programming and separate management and storage of data assets.

If you're determined to automate with Selenium, you can always make use of the large community of users and documentation that can be found online.

However, if you're looking for a more holistic solution that's more suitable for enterprises - one that does offer fast and qualified support and that doesn't require any coding - then read on.

A tool that allows you to use Selenium without any coding

Leapwork is a test automation platform that uses Selenium beneath the surface, but to the user, only shows what you actually want and need to see.

Here’s what the setup of the six test automation steps described above looks like in Leapwork:

If you’re a part of an enterprise, you probably want to be able to automate data imports of some sort as well, which, as mentioned above, is close to impossible with Selenium. This is what data-driven automation looks like in Leapwork:

Flows like these take no more than a day to learn how to set up. And once you’re familiar with the tool, the drag and drop building blocks take just minutes to organize.

That means you can set up, execute, and maintain your test suite in a fraction of the time that you can  with Selenium. Watch the video below to see how. 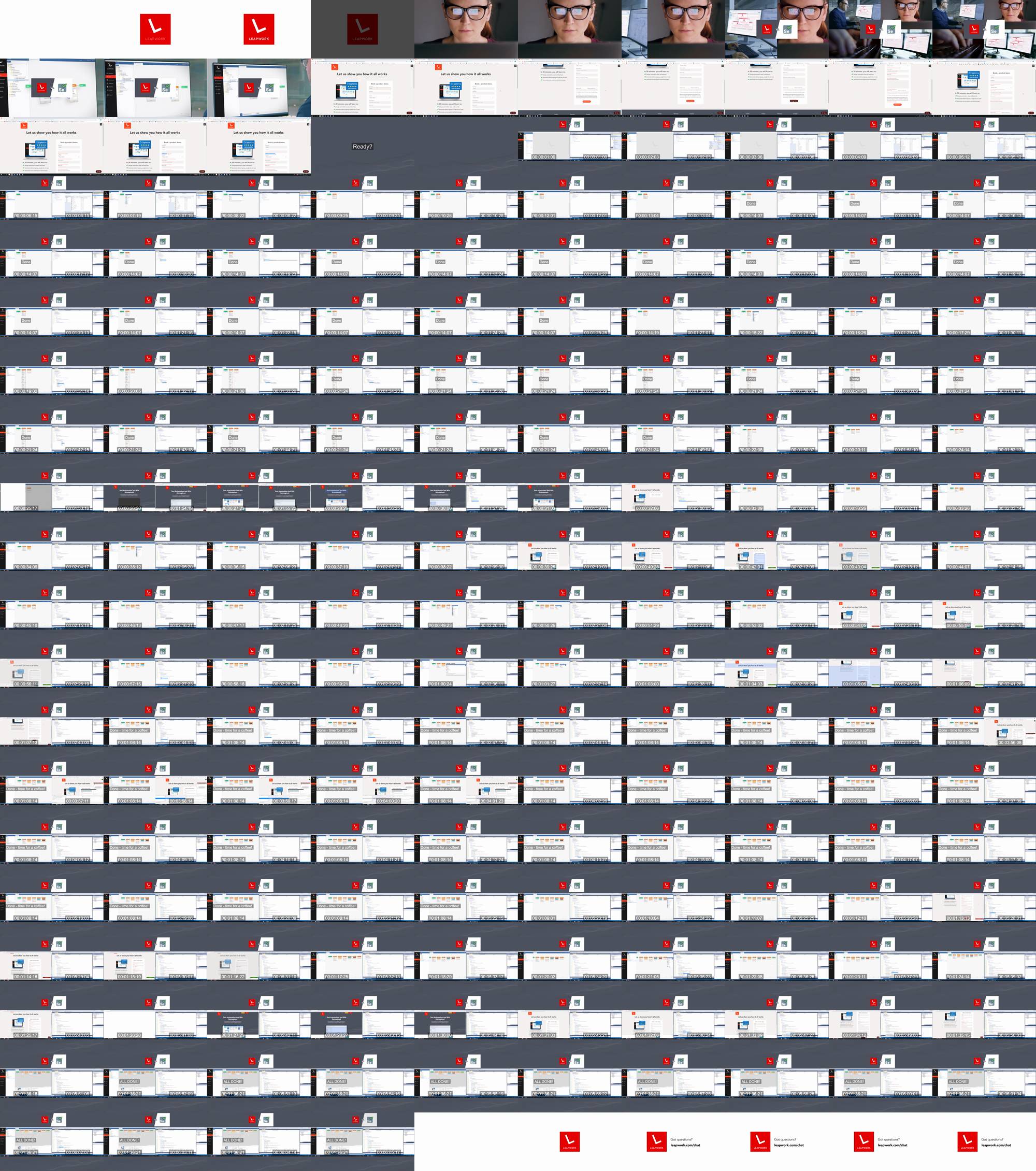 Leapwork does what Selenium does, but in a way that everyone understands. And it does a whole lot more as well. Remember all those requirements for using Selenium? All of that is taken care of with Leapwork.

If you’d like to learn more about Selenium, and how it compares to Leapwork, then download our test automation tools comparison.

While Selenium presents an opportunity to escape lengthy manual processes and stop errors from occurring, it leads to it...