What is Scriptless Test Automation?

Experiencing error-prone software, downtime, a loss of revenue, and a negative perception of your brand? Then you might want to know more about scriptless test automation.

The automation of QA testing is mostly done by programmers coding scripts—significant parts of the testing process might be performed automatically, but automation requires manual effort in order to create initial testing scripts.

The belief that code-based testing is better limits the effective use of QA resources and prevents scaling. It also results in a waste of resources.

Codeless test automation has been identified as the next focus area for Agile and DevOps, but maintaining scripts is its most challenging aspect. That’s due to the lack of people who can write and maintain those scripts.

What is scriptless test automation?

The benefits of no-code test automation for QA

What is scriptless test automation?

So what is  ‘scriptless’, ‘codeless’, or ‘no-code’ test automation? Essentially, it’s a method of automating tests without developers writing coded scripts. It does not involve scripting.

With scriptless test automation, testers are only required to indicate the testing steps instead of having to write actual code.

That means that the interaction between testers and the code is minimized and more professionals in an organization can create test cases and flows.

The benefits of no-code test automation for QA

Automating testing processes accelerates the coding of test scripts and prevents QA bottlenecks by working parallel with the development process.

Because test case design, validation, and execution are automated, you can scale up while keeping your tests robust. The amount of interaction between testers and code is reduced.

No-code test automation helps to close the skills gap by allowing business users and testers  to test without undergoing a major upskilling process. Using a no-code approach also allows testers to concentrate on finding new and innovative ways to automate.

Our Chief Product Officer Claus Topholt talks about this in our podcast episode The No-Code Manifesto: Codeless Automation.

According to the Capgemini World Quality Report 2021-22, ‘an automation-first approach in software quality delivery should now be the norm across all QA activities.’

Codeless automation involves enabling true automation collaboration across an organization. Why do you want to do that? To gain momentum, coverage, meaningful quality, overview and insight.

Ideally, automation is created, maintained and driven as a collaborative effort between technical and non-technical people. With today’s conventional tools, that’s not possible.

That’s where Leapwork comes in.

Whereas a low-code approach still requires coders, Leapwork’s visual automation creates a common language for collaboration. It democratizes automation and makes it possible for people without programming skills to contribute to automated testing. 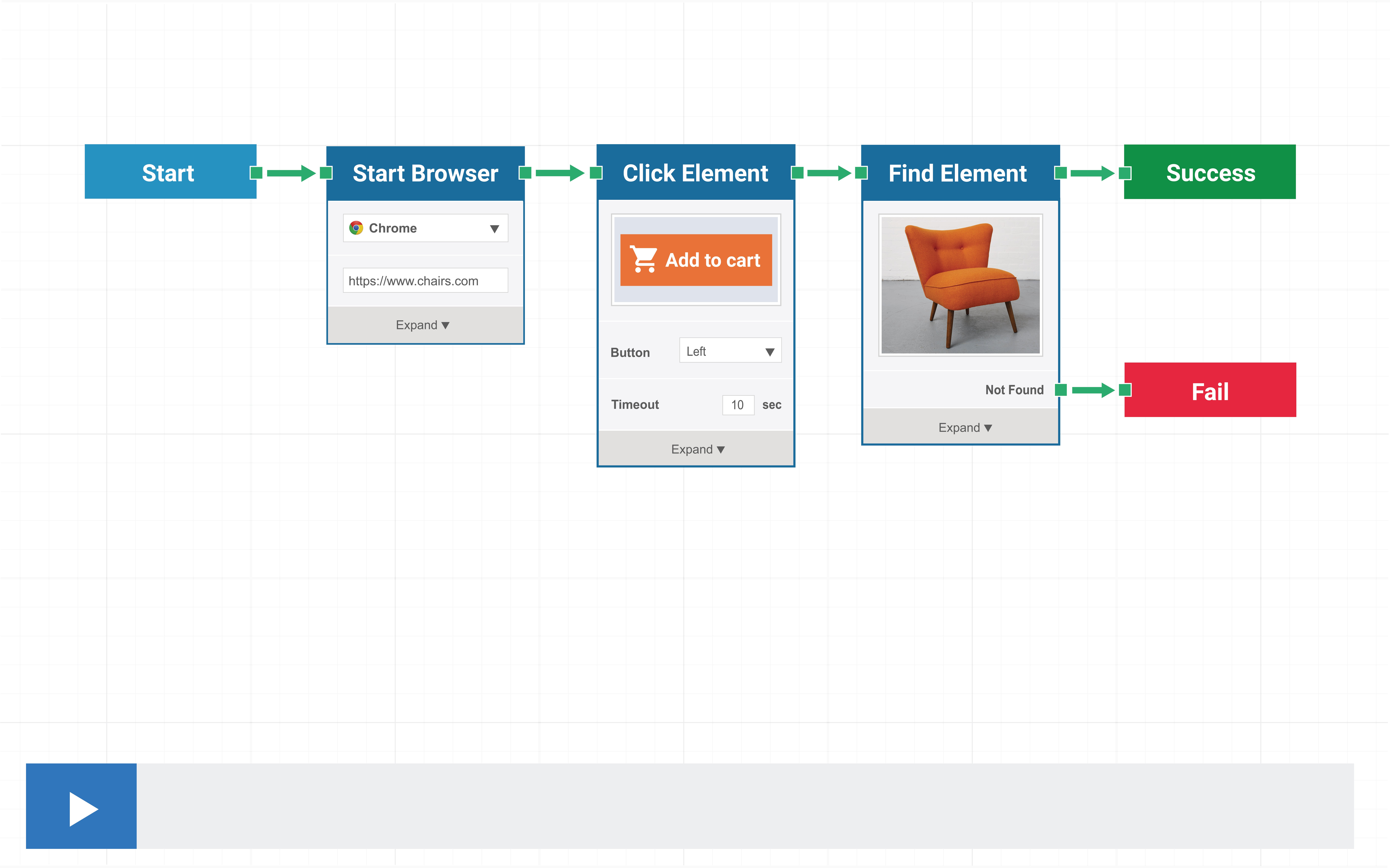 Test automation tools are usually based on frameworks like Selenium, but automating with Selenium can be difficult.

Leapwork uses Selenium under the hood—making the experience of automating testing entirely codeless. This relieves headaches for your software testing team with no-code test automation making it far easier to use.

What is the Difference Between Manual Testing and Automation Testing?

Broken software leads to unhappy users and lost revenue, so testing it to make sure it works correctly is a must. Softwa...

Why Should I Use Scriptless Test Automation If I Can Code?

The discussion on no-code, codeless, or scriptless automation is often centered around what it does for no-coders; how i...