Salesforce is a flexible, robust system that can be used across many organizational functions, everything from sales and marketing to ecommerce and customer service. For many businesses, Salesforce supports the most crucial processes that generate revenue - so if something goes wrong, it could cost tens of millions of dollars. That’s where testing comes in.

As there is not always a dedicated team for testing the Salesforce UI, the definition of a Salesforce tester can vary drastically between industries and companies.

Essentially, Salesforce testers are responsible for testing changes to their company’s Salesforce instance to ensure new functionality doesn’t compromise any existing capabilities - or worse, cause Salesforce to experience expensive downtime.

What is a Salesforce Tester?

A Salesforce tester can take on many roles, and their profiles can differ greatly. They are sometimes referred to as Quality Engineers (QE) or Quality Assurance Managers (QA). Some of these testers specialize in automated testing, while others primarily test using manual methodologies.

Regardless of how they test, Salesforce testers need to have a strong understanding of the functionality of the Salesforce application that they are testing.

Their responsibilities can range from examining code for errors, manually testing, building test cases for functional testing, scheduling, and creating tests for automation.

Do Salesforce testers need to code?

While many may assume that Salesforce testers must have knowledge of code-based tools like Selenium in order to build automated tests, this is not the case. The answer is dependent on the resources available in the organization and the type of testing being carried out.

If you’re only manually testing, then no. By definition, manual testing is completed by hand and requires no code. It is a common approach to testing Salesforce because it’s the easiest way to handle Salesforce’s complex UI.

The problem is that testing Salesforce manually takes a lot of time, slowing release cycles and reducing the amount of test coverage.

To meet release deadlines, testers have to sacrifice coverage which leads to major bugs entering the production environment undetected. This can have severe consequences.

To avoid this, some Salesforce testers have begun adopting test automation using code-based tools like Selenium. 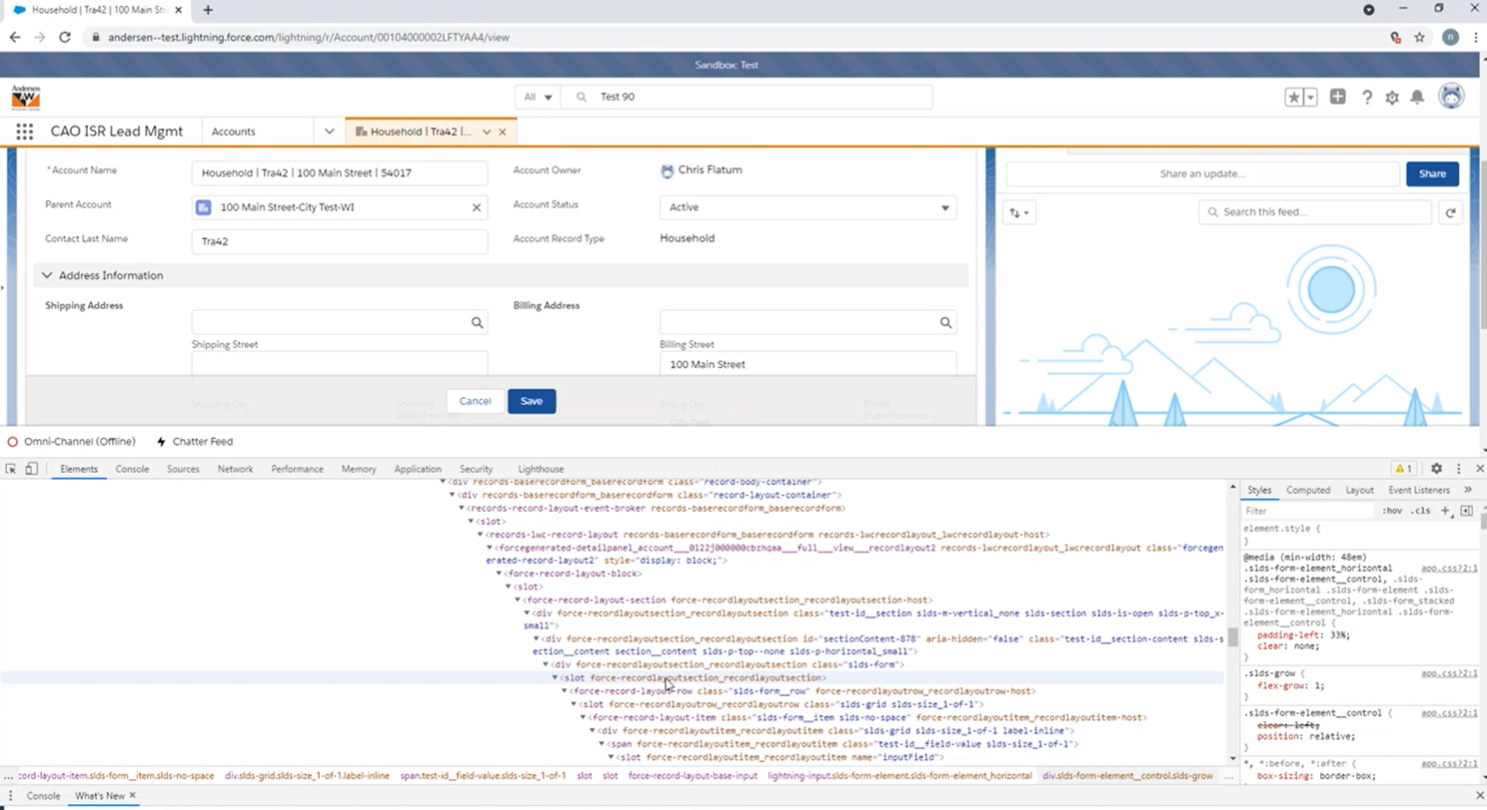 Additionally, testers with a developer-type skillset are hard to come by and expensive. Because of this, testing is a task normally carried out manually by business users, and it is the reason why companies are looking for alternative ways to test Salesforce.

With codeless automation, testers with any type of background are better equipped to build maintainable and scalable automation for functional testing. Because of the short learning curve when using tools like Leapwork, testers can build automation quickly, which means greater test coverage, and the ability to catch more major bugs before they make it to a live environment. In turn, it speeds up the development process as testers no longer have to spend time writing automation code. Rather they can use drag and drop building blocks or a recorder to automate tests in Salesforce, and across their IT landscape.

If you want to learn more about testing Salesforce with codeless automation, including how to tackle the complex UI, check out our webinar on using Leapwork for Salesforce test automation.

How to Scale Functional Testing in Salesforce

When a business uses Salesforce, the software has to be scalable too. But often, the ability to scale customizations, co...

How to Test Custom Fields in Salesforce Forms (Faster)

Salesforce Lightning brings with it more features and a better user interface. It’s very customizable, but with this fle...

How to Test Salesforce Applications Faster

Picture this: you need to boost the productivity of your delivery team, and release more capabilities in Salesforce - bu...