Smaller budgets and a push for faster deliveries have fueled the need for better approaches to development and testing. DevOps can help shorten the software development life cycle (SDLC), but without the right testing principles, development projects will still encounter costly bugs and delays.

To address this challenge, some businesses are adapting their traditional sequential approach to software development so they are better equipped to test earlier and at all stages of the SDLC. 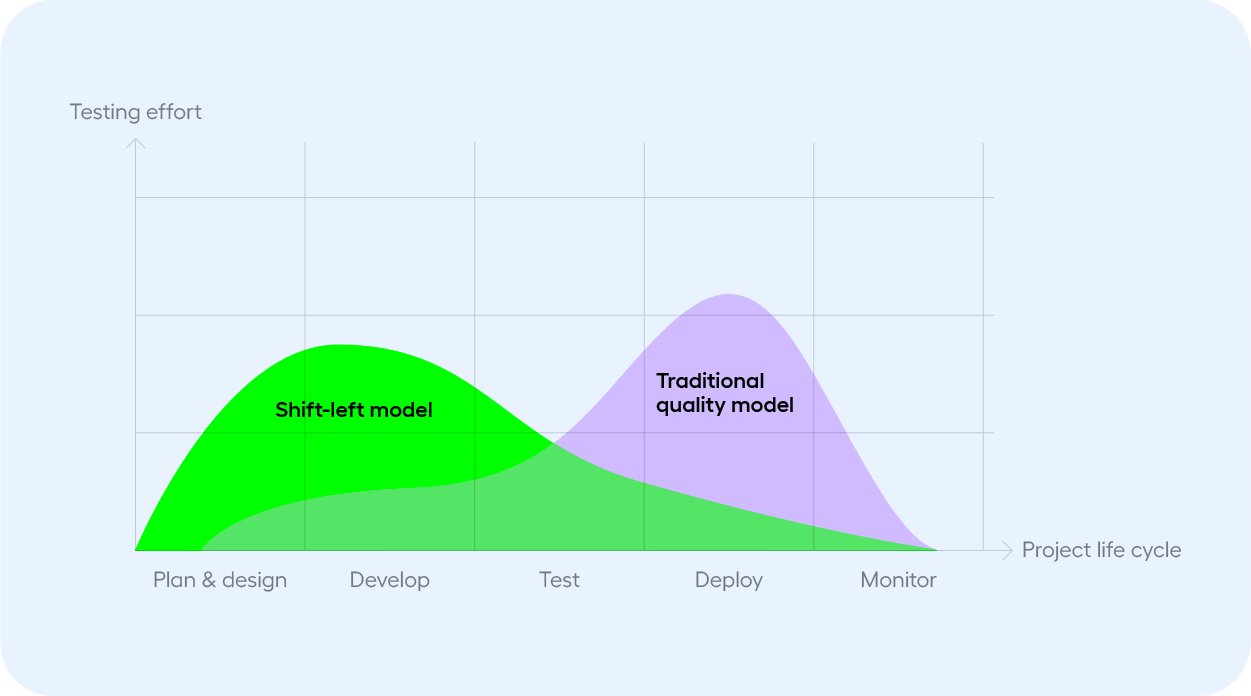 That’s where shift-left comes in. To learn more about shift-left, read our post on what is shift-left testing?

When you combine shift-left with two core DevOps practices - continuous testing and continuous development, you have the groundwork for shift-left to succeed. It makes shift-left in a DevOps environment a must because:

That being said, without test automation, you cannot get the test coverage you need when shifting testing to the left.

Shift-left and test automation in DevOps

For good coverage, automated tests (specifically regression tests) require a big investment of time, money, and brainpower. The test automation framework used for automating tests has to be carefully considered because if automation costs more than the benefit it can bring, it is not worth it.

If the wrong automation framework is chosen, the time spent can outweigh the benefit. This is especially true when automating testing of the UI because tests become more fragile and expensive to maintain.

So what can be done to ease this challenge?

Ease of use. A solution with a quick onboarding time will mean your test automation will be operational quicker, and available to non-technical testers. Scripting automation for testing requires a larger investment of time, money, and brainpower than visual test automation.

Stability. Stable tests with low maintenance will keep maintenance to a minimum. Visual automation platforms like Leapwork make it easy to identify, understand, and resolve automation errors so you can get to and fix the root of the problem quickly.

Scalability. A tool with built-in reusability will make it possible to scale automation efforts as projects grow.

With these basic requirements in mind, how can you ensure that your software releases happen at speed without compromising quality? In the whitepaper below, you’ll find more information on shift-left and test automation, and how to find the right solution.

What is Shift Left Testing within Test Automation?

Shift Left Testing for Mainframe: Why and How

Shift left testing is a frequently discussed topic in mainframe application testing. Its popularity has only grown along...