The Danish insurance company, GF Forsikring, is a highly digital business. Daily activities are powered by a range of technologies, from customer-facing self-service applications to core business systems. This puts the teams responsible for the quality assurance of these systems under considerable strain.

Especially software testing had become a bottleneck in releasing frequent system updates of a satisfactory quality.

“Testing had become a slow, burdensome process for us,” said IT Architect Claes-Jan Wolff.

Wolff and his team had previously tried out various tools for test automation, but they found that learning to use and operating these tools took away too much time from their relatively small SCRUM teams.

“Maintaining our test cases was a nightmare,” Wolff said.

To support faster and better releases, Wolff knew that they had to find a way to roll out test automation that would be embraced across their SCRUM teams. He was specifically looking for a test automation platform with a short learning curve, that would fit their three-week sprints, and would be capable of automating a wide range of technologies:

Especially the desktop-based insurance management system was a quite a beast from a testing perspective: It had been used in the organization for more than seven years, during which it had been increasingly customized making it a real challenge to test automatically with conventional automation approaches.

Wolff and the SCRUM teams adopted the LEAPWORK Automation Platform to handle test automation across the company.

Within a year, they had fully automated the regression testing of the most critical business applications mentioned above, covered by approximately 40 automated test cases.

“Learning to use LEAPWORK went really fast,” Wolff said. “Our testers have very different professional profiles, but all of them can use LEAPWORK on their own.”

LEAPWORK is a good fit for the company’s software release pipeline. Before the software is released to production, the automated regression tests are executed once a day, either at night or early morning, by parallel agents in up to 10 different test environments. Before using LEAPWORK, it was far from possible to test at a similar frequency and with the same coverage; tests were run once a week at the most.

For processes that occurred often across test cases, e.g. the creation of a new customer in the system, Wolff and the team built these as reusable components, or custom building blocks, with LEAPWORK. This significantly reduced the time required to build and maintain additional test cases.

The LEAPWORK test execution agents do the work of approximately 1 full-time equivalent.

If you want to learn how to build robust and scalable test automation across different technologies, join our webinar to see a live demonstration of no-code automation with LEAPWORK: 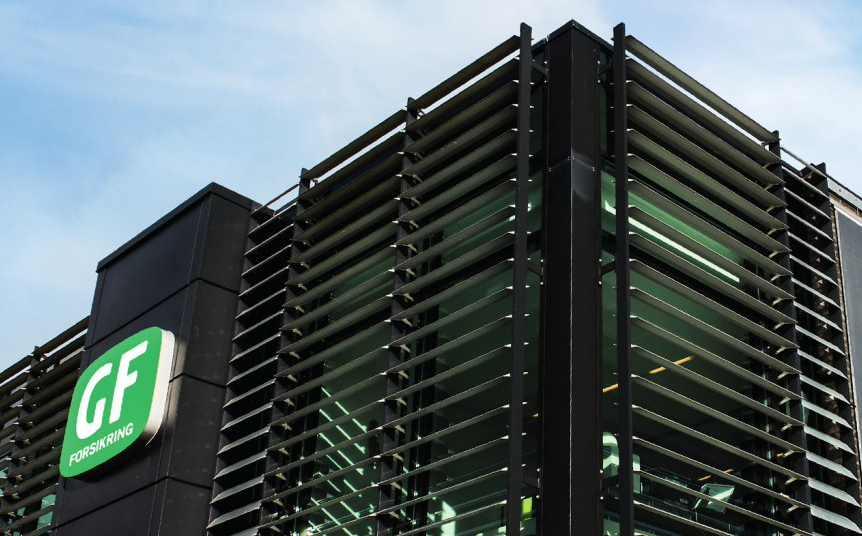 Insurance company, GF Forsikring, with more than 250,000 customers and 500 employees.

“We are very excited about LEAPWORK.

We’ve achieved a level of test coverage that’s not possible with alternative tools in the market.”