This frees manual testing resources so your team can work on value-adding tasks like exploratory testing.

Related reading: What is Test Maintenance?

Just to be clear – this post isn’t a case against test automation. It’s about taking the proper steps to keep the test maintenance of your test automation to a minimum.

In short, rather than using scripts, it’s about changing your approach and finding a solution that enables non-coders to build test automation.

If you automate every test under the sun, you’re adding to the inefficiency of your automation.

Not every test should be added to your automated regression testing suite. As a rule of thumb, automate the repeatable, high-value tests.

If you’re aiming to create a scalable test automation strategy that extends beyond high-value, high-risk tests, you need to rethink the type of tool you’re using.

One that’s easier to deploy, build and maintain by both business users and technical users creates room for scaling.

If you’re building the same test again and again, turn it into a reusable component.

If you don’t do this early on - creating reusable components - you’re causing yourself a major headache later on.

Using Leapwork, a codeless test automation software, you can turn your tests into reusable components (we call them building blocks). Your tests can be easily replicated across any number of workflows. The maintenance of these tests becomes significantly lower.

Image: an example of what a reusable component Leapwork looks like. 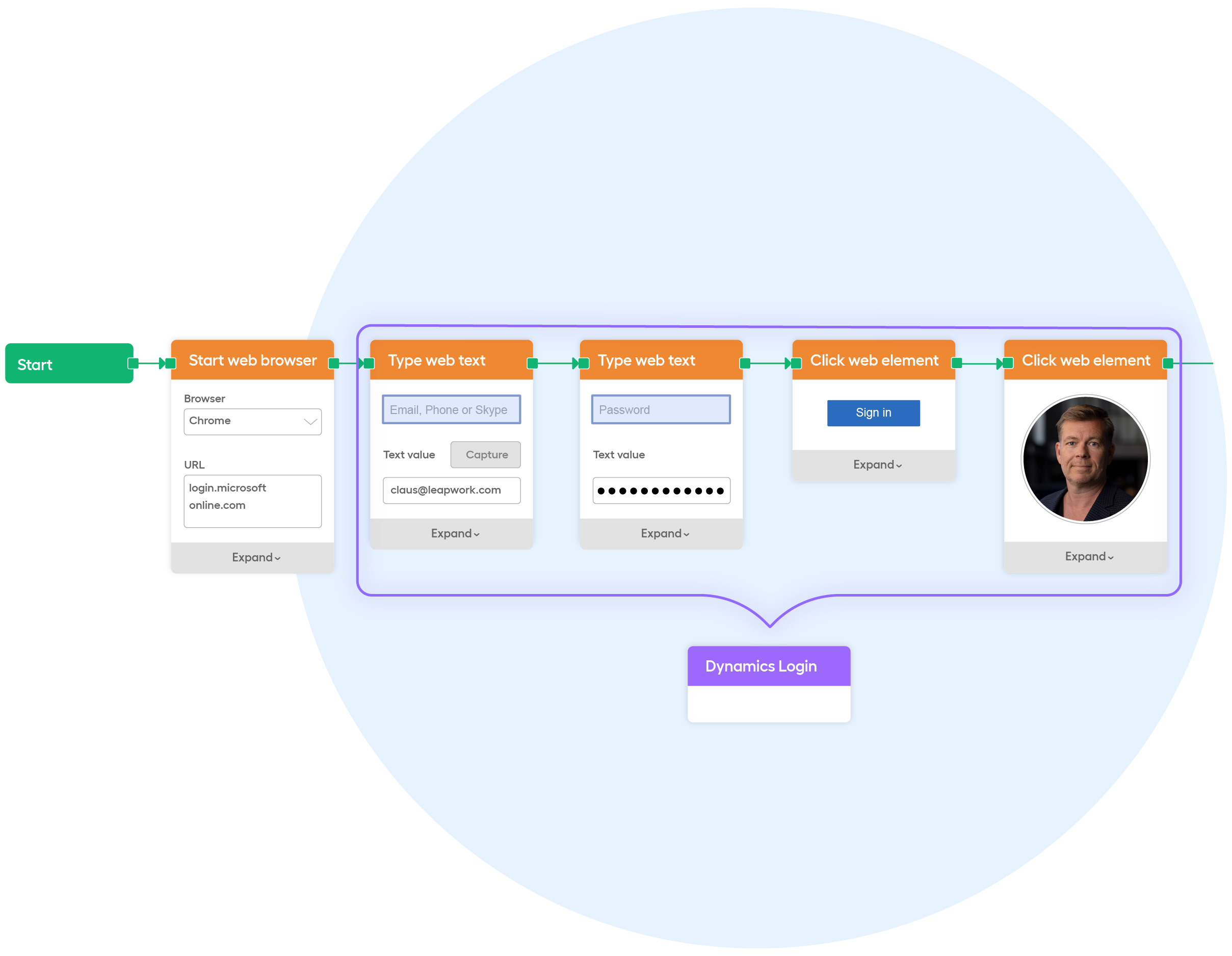 You only have to update one test, and the changes are automatically pushed out to every test case with that component.

This approach makes for more reliable and scalable test automation.

3. Use visual debugging to find errors

With code-based tools like Selenium, finding a bug requires you to comb through lines and lines of code to find an error (code snippets similar to the image below).

This task can quickly get out of hand, becoming time-consuming and costly.

With a visual debugger, you don’t have to comb through lines and lines of code to get to the route cause of a broken test.

Don’t know what visual debugging is? It’s a capability unique to Leapwork. It shows you the error in three ways. A video recording. An activity log. And data-level insights. 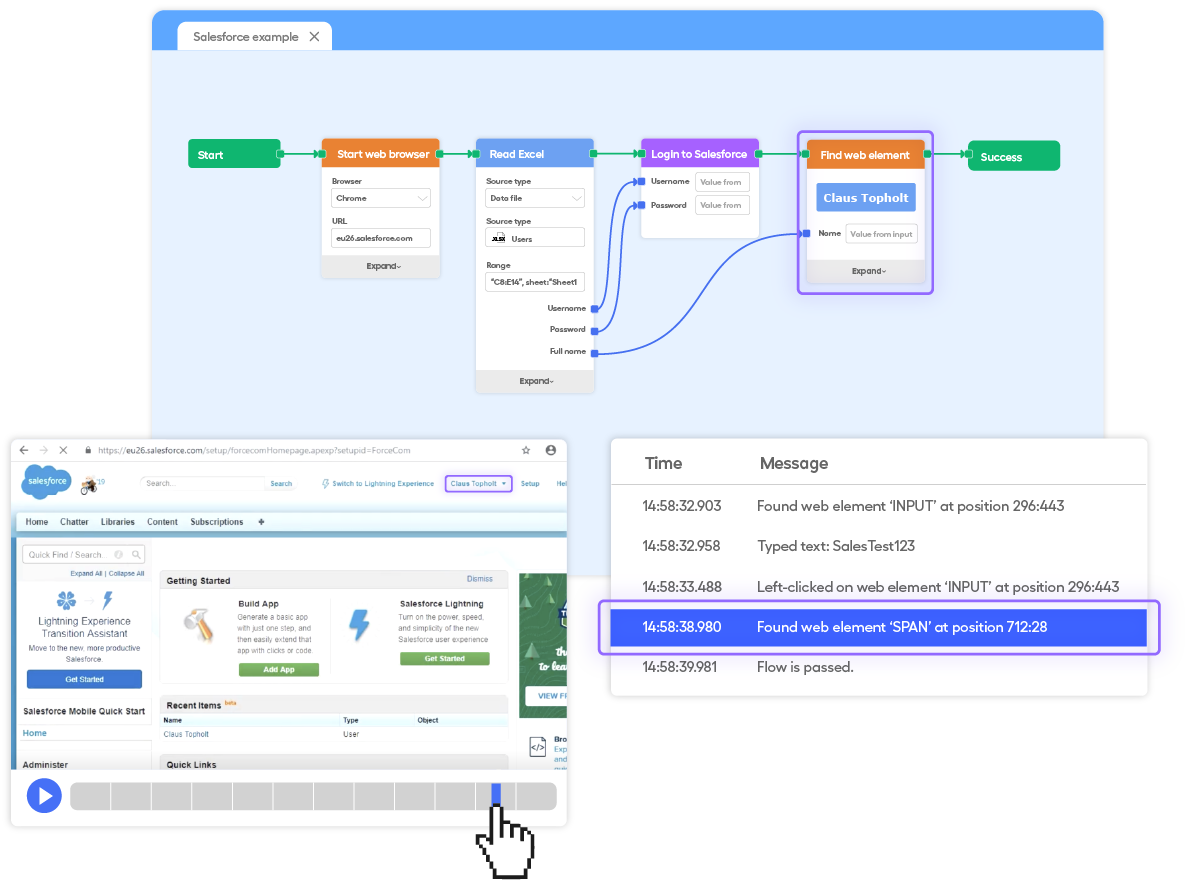 4. You don’t need to write code to automate

One of the problems with test maintenance, especially when tests for the GUI are coded, is that the person building the test isn’t always the person maintaining the test.

Even if you introduce coding standards and naming conventions, you can’t guarantee that the next person to build tests will automate the same way.

The automation should be in a language/visual state that is meaningful to the user – not to the application you’re using. This creates less room for confusion.

Dorothy Graham and Mark Fewster from Experiences of Test Automation summarize it well:

“If testers without any programming knowledge can both write and run automated tests, then the automation will be of great use to the business domain and is much more likely to be widely used, further increasing the ROI”.

No-code test automation software is part of that solution.

You can see a side-by-side video comparison of code vs no code in this post. You’ll see how fast and easy a user can build a test compared to Selenium.

While 2023 sees an emphasis on digital immunity and resilience in the context of an upcoming recession, the expectation ...